Heaps supports rendering particles on the GPU. This allows for an extremely high amount of particles to be rendered on screen with very little performance impact.

From there you add particle groups to the system. Each group is it's own separate bundle of particles that work independently. A particle system can support multiple groups.

When you are ready to see your particle group on screen you just need to add it to the system.

GPU Particles have a lot of properties that can be modified to give your particles different behavior. See the API docs for a full list.

10000 textured particles running on the GPU 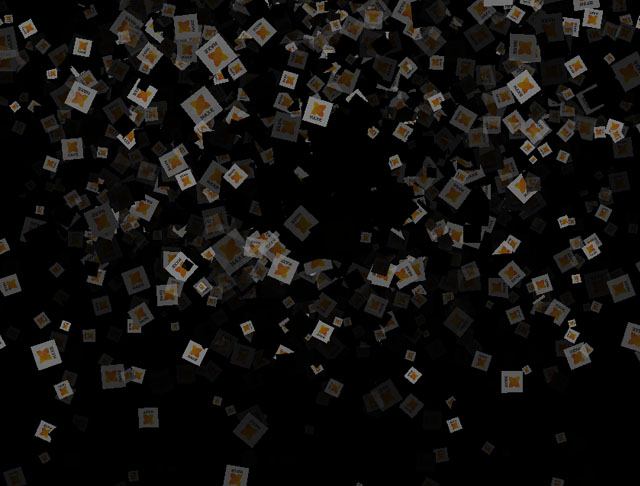 By default the particle groups will loop. You can disable this with the following

If your particle groups are not set to looping you can listen for a completion event to know when the particle system is done emitting. Note that